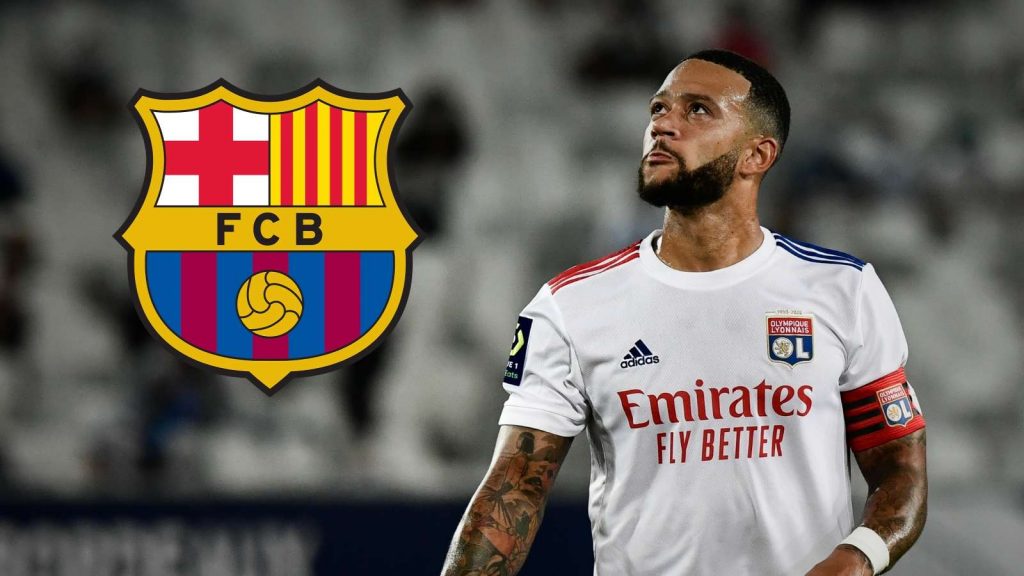 After he was unable to leave for Camp Nou before the end of the summer window, the Lyon ace is optimistic more talks will be held imminently

Lyon attacker Memphis Depay is hopeful that there will be more interest shown in him during the January window, having narrowly failed to complete a switch to Barcelona before the transfer deadline.

With a contract that expires next June, it was expected that the Netherlands international would leave the Ligue 1 side before the October 5 deadline, but while the Camp Nou side were close to getting a deal over the line they stumbled at the last.

Memphis is not perturbed by the setback and seems optimistic that a deal can be completed in the winter.

“I’m 26 and my transfer will cost next to nothing,” the former Manchester United player told BN DeStem on Saturday. “So we can expect that clubs will show an interest. It’ll be January soon. We’ll have to see how things are going. Not that I will definitely be leaving, but the possibility of clubs showing up soon is probably greater.”

Amid the transfer speculation that has swirled around him, Memphis has found his playing time under Rudi Garcia cut down and he is eager to get back in the team with Lyon foundering in mid-table in Ligue 1 after six matches of the season.

“What I found regrettable is that I’ve played a lot fewer minutes in Lyon in recent weeks. I felt it was all due to the fact that I was going to leave,” he said, having scored four goals in the opening six games of the French season. “As a forward, you want to continue this streak. I scored the first three of those goals in the first game. It’s a shame.”

Lyon will be braced for a busy January after they also saw deals for midfielder Houssem Aouar, who was attracting interest from Arsenal, fall through.

On the park, Garcia’s side, who reached the semi-finals of the Champions League, have once again endured a difficult start to the season and lie 14th, having drawn four of their opening six matches of the campaign.

Memphis, meanwhile, is currently away on international duty, with the Netherlands set to play Bosnia and Herzegovina on Sunday before travelling to face Italy on Wednesday.