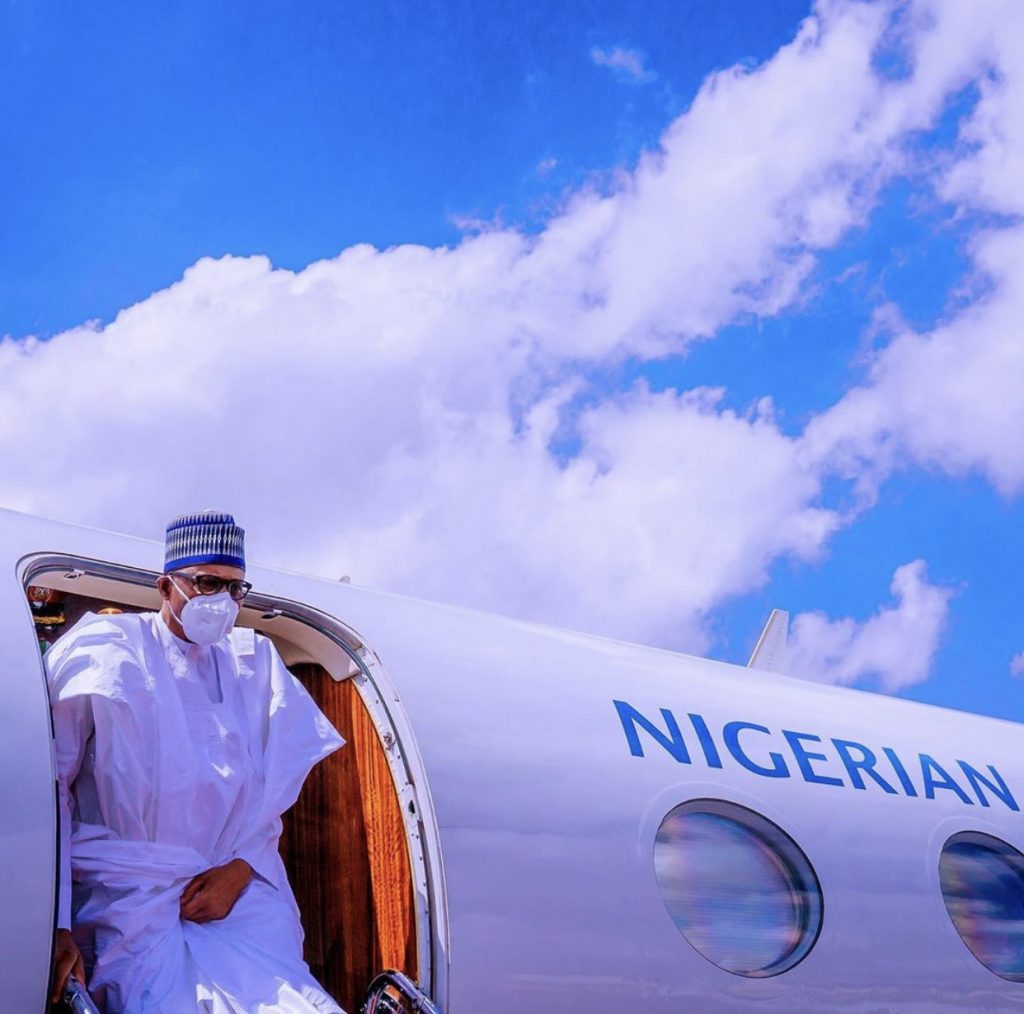 After spending more than two weeks in London, UK, the number one man in Nigeria, President Muhammadu Buhari has returned to his homeland.
The president arrived Thursday evening at Nnamdi Azikiwe International Airport in Abuja.
The president had traveled to London on March 30 for a “routine medical examination,” according to presidential spokesperson Femi Adesina.
However, Buhari’s “short rest” at the Abuja home in London was marred by the #HarassBuhariOutOfLondon protest organized by Reno Omokri, former aide to former Goodluck Jonathan. Soon a counter-protest or solidarity protest was organized in support of the Nigerian president in what could be described as an absurd drama.
Buhari has been criticized for his overseas medical trips despite the huge amount allocated to the Aso Rock Clinic annually.
Details later…
Facebook
ALSO CHECK  Imo To Compensate 125 Petitioners
Previous Post

Why I Returned To Kano Pillars – Ahmed Musa

Why I Returned To Kano Pillars – Ahmed Musa