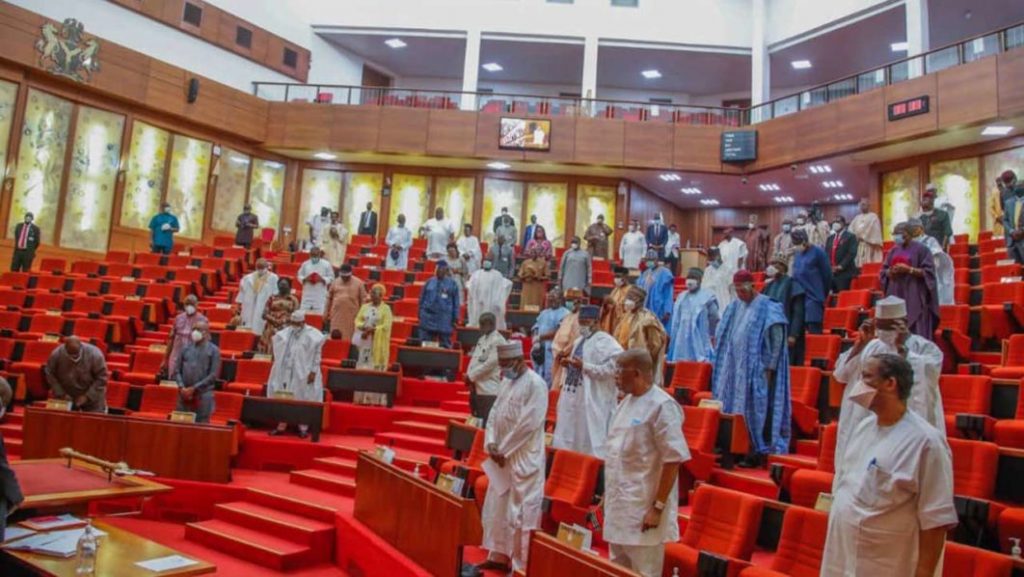 Cash Crunch Reduces National Assembly’s Sittings To Once A Week

The two chambers of the National Assembly may not meet the mandatory constitutional requirement of 181 sittings yearly because of reduction in number of sitting days to once a week.

Section 63 of the Constitution provides that the Senate and House of Representatives shall each sit for not less than 181 days in a year. And section 68 thereof states that any legislator who fails to attend the proceedings of the House or Senate for less than one third of the required number of days shall automatically lose his or her seat.

Due to COVID-19 pandemic, the House of Representatives has been sitting once a week as opposed to the usual three times per week. The Senate has been struggling to hold plenary session twice, and in some cases once, per week.It was learnt that insufficient funds to carry out legislative works caused the inability to have three sittings in a week.

Apart from the legislative business of the National Assembly which is being adversely affected, there is also the problem of delay in payment of allowances and other entitlements of the lawmakers allegedly caused by non-release of funds by the Ministry of Finance as when due.

The Guardian gathered that concerted efforts to persuade the Minister of Finance, Zainab Ahmed, to release some funds failed.

A lawmaker, who spoke in confidence, revealed that the First Line Charge budgetary provision for the National Assembly has not been met for a long time since this administration came in.

“Also, informal methods of raising fund from federal agencies to support parliamentary needs are no longer as effective as they were,” he added.

It was learnt that following the failure of some committees to get the minister to act, the entire leadership of the National Assembly invited her for questioning.

At the meeting, questions were put to Ahmed on why the constituency projects accommodated in the 2020 budget have not been implemented satisfactorily.

The National Assembly had, in December, 2020, extended the capital component of that year’s budget to March 31, 2021 to give the executive enough time to implement it.

Most painful to the lawmakers, some of whom, have resorted to quiet protest against the National Assembly leadership, is the non-implementation of the zonal intervention programmes, popularly called constituency projects.

Another lawmaker said that visiting constituencies or Senatorial Districts had become a nightmare for legislators because of the unrelenting pressure from their constituents.