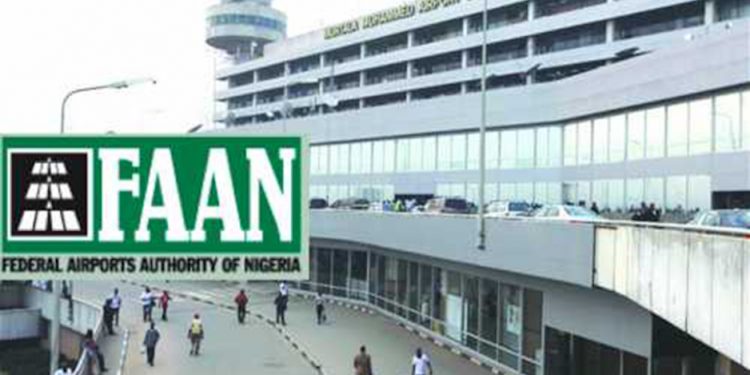 In a bid to bridge some of its infrastructural gap, the Federal Airports Authority of Nigeria (FAAN) has asked to discontinue the 25 per cent revenue contribution it makes to the federation account.

The Managing Director of the agency, Captain Rabiu Yadudu, made the appeal yesterday when the Senate Committee on Aviation came for their oversight function and he said that if the 25 per cent contribution ends, it will ensure development if revenue generated from the sector is ploughed back.

Captain Yadudu further decried the still rising operating and maintenance cost of the new terminals and existing ones due to inflation and the devaluation of the Naira but stressed that FAAN is tweaking its plans to make other airports that are not breaking even to perform. He also said the airport managers have embarked on an aggressive debt recovery drive while it has introduced a pay as you Go system and has also commenced cashless policy among other loophole blockage areas. Yadudu decried debt of airlines to FAAN where he said a particular airline owes N13 billion for services rendered and unpaid for.

“On the capacity and contribution of airports to revenue generation, it is the MMIA and Abuja that mainly supports other airports. The industry is still having infrastructural gap to stabilise, therefore, government’s support in stabilising the industry is needed. This can be achieved by suspending the contributions to the Federation Account in compliance with ICAO standards and recommended practices (SARPs) Doc 9562 on airport generation which provides that: Revenue generated by the airport should be transparently re-invested wholly in operating and developing airport facilities,” he said. Reacting to the FAAN boss’s call for exemption from contribution into the federation account, Chairman Senate Committee on Aviation, Senator Smart Adeyemi, said the idea was commendable although it remains a constitutional issue requiring a review to actualise.