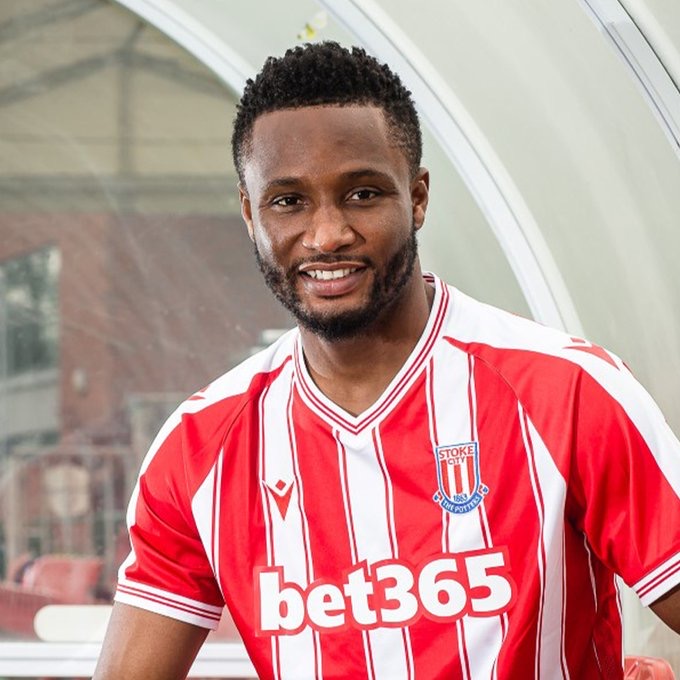 Stoke City manager Michael O’Neill has described John Obi Mikel as one of the club’s best marquee signing whose wealth of tactical experience is beginning to rub on the team’s performance.

Mikel skippered his side’s 2-2 draw with Barnsley before going on to lead them to victory against Brentford on Saturday.“John’s been good and I think with every game he gets better. We knew it would take him a bit of time having not played since March. He was not going to come in and be straight up to speed,” O’Neill told StokeonTrentLive.

“But I think he has done exceptionally well to get through 90 minutes as often as he has done and I think with every 90 minutes we see an improvement in his level of performance.“I think you can see what he brings to the team with that physical presence and quality on the ball as well.“Particularly against Barnsley we started to see some great play and real intricate passing from him as well.

“He does a great job for the team, John. He has great tactical knowledge and he is a real help for the players around him as well.”“I think John is (up to speed) now. He has a style of play that sometimes makes it look like he’s off the pace but that’s not the case when you reanalyze the game.O’Neil further described Mikel as being economical with the ball despite his tactical abilities, adding that Stoke City is very lucky to have a player of his pedigree around.

“He’s just very economical in how he plays and more importantly he’s very efficient with his use of the ball.“We’re delighted with what he’s brought to the team.” he concluded.

Ceeza Milli – “Based On What”