Zidane Unhappy After Real Madrid Set-Back Ahead Of Derby Encounter 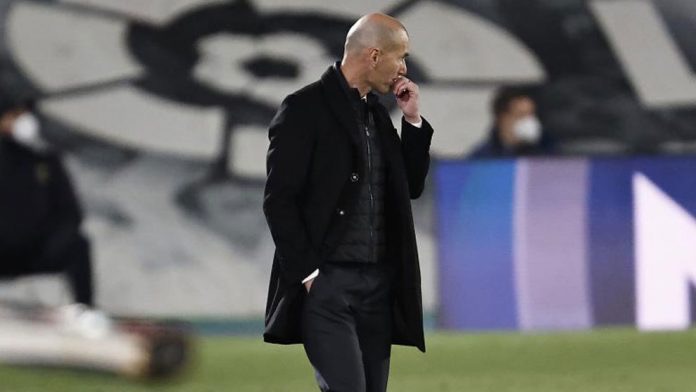 Zidane Unhappy After Real Madrid Set-Back Ahead Of Derby Encounter

Zinedine Zidane unhappy with himself after Real Madrid title setback ahead of a derby encounter with city rival Atletico Madrid after a 1-1 scored draw with Real Sociedad on Monday night.

Zidane told media after the match: “I changed it because I wasn’t happy with our pressing,”

“It was those 10-15 minutes and we changed it again and we were better playing a 4-3-3. Our substitutes did well after coming on.

“If you’ve asked me and that’s now three times, then yes, maybe,” Zidane replied when asked whether his changes had harmed Real Madrid.

“In the end, you try to find things to change the dynamic.”

The 1-1 draw was a disappointing result for Los Blancos heading into next Sunday’s derby against Atletico Madrid. They are now five points behind their rivals in the table.

“We have to remain calm,” Zidane insisted. “We had a good game and we had three or four chances [to score].

“Patience, calm and rest. We were up against a team that creates chances against you. We have to carry on.

“It doesn’t change the way we go into the derby. We have to go there to have a great game.”

The draw ended a five-match winning streak in all competitions for Real Madrid ahead of derby trip to Atletico this weekend, with another defeat potentially spelling the end of their title defence.